Buy GoPro from Coolshop. Record your experiences and show them to the World. GoPro – with free shipping and great prices. 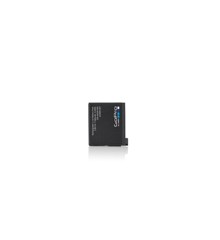 £ 2095
-45%
£ 38
Product has been ordered from our manufacturer but we have not yet received an estimated arrival date.
GoPro - Rechargeable Battery (for HERO4)
Video and Photo
2 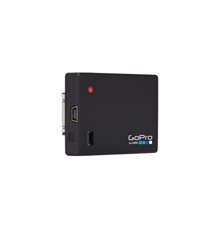 £ 4795
-13%
£ 55
Product has been ordered from our manufacturer but we have not yet received an estimated arrival date.
GoPro - Battery BacPac 3.0
Video and Photo
3 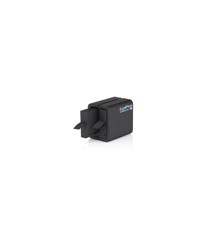 £ 6295
Product has been ordered from our manufacturer but we have not yet received an estimated arrival date.
GoPro - Dual Battery Charger + Battery (for HERO4)
Video and Photo
4 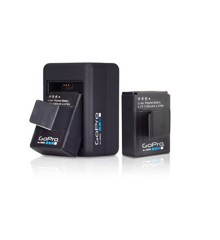 £ 4150
Product has been ordered from our manufacturer but we have not yet received an estimated arrival date.
GoPro Dual Battery Charger
Video and Photo
5 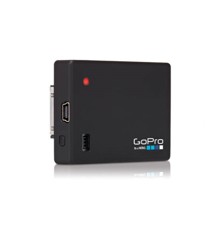 £ 4995
Product has been ordered from our manufacturer but we have not yet received an estimated arrival date.
GoPro Battery BacPac for Hero 3 and 3+
Video and Photo
6 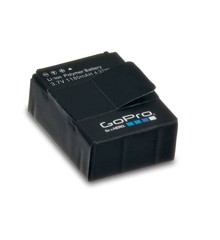 £ 3495
Product has been ordered from our manufacturer but we have not yet received an estimated arrival date.
GoPro Hero3 and 3+ Rechargeable Battery 1180 mAh
Video and Photo

GoPro was founded in 2002 by Nick Woodman. He made the groundwork for GoPro in California USA, where the company still holds their head office. The whole concept for GoPro came to life when Nick Woodman was in Australia to surf. He wanted to take good pictures both above and below water from his trip, in both good quality and nice angles. Disappointed by the pictures he got, he took it into himself to make a camera that could be used by professional athletes. And that where we get the name GoPro. He wanted a camera that could be taken everywhere and that could capture angles that were not possible with regular cameras. Two year after founding the company was the first GoPro camera ready. The first camera was not digital, but worked with film. These days all GoPro cameras are digital.

GoPro has since become a company that has revolutionized sports cameras all over the World. The company sells GoPro cameras around the World to sporty people and average Joes who are interested in gadgets and gizmos. Today they sell also other things than only cameras. They have a huge selection of accessories and different mounts for e.g. windows, helmets, bikes, surfboards, etc. On top of everything you can buy a video editing program to go together perfectly with the files GoPro camera produces. You can also find drones you can attach your camera to and shoot some awesome films and pictures from unbelievable heights and angles.

There are many interesting stories from vacations, sports events and private achievements documented with a GoPro. The practicality of GoPro that many enjoy is that one can have his GoPro camera anywhere. It fills absolutely nothing and it is really easy to recharge on the go. The quality of the pictures and movies are fantastic and you can capture even the most extreme things. There are skydivers who use GoPro to film the fall, people who jump off cliffs and into the sea, skydivers, motocross riders and many more different ways to use it. There are thousands of extreme and wild videos on YouTube which could not have been filmed if it were not for GoPro. If you have a GoPro, you will be sure to perpetuate the great experiences of your life which normal cameras cannot do.

GoPro is one the most popular cameras up to date and you can buy many different GoPro models and accessories from Coolshop. We offer FREE SHIPPING and GREAT PRICES. GoPro offers something called GoPro Awards, where GoPro users submit pictures and videos in order to win prices. Annually the awards deal 5 million dollars. The project really sets the mood to go take out your GoPro and shoot some extra fantastic shots, and further increases the value of the purchase. It is a great way to get inspired to take better pictures and more fantastic videos. If your picture gets qualified you get 500 dollars. If your video qualifies you get 1000 dollars, and if you get nominated with the video you get 5000 dollars. Videos that are actually directed and go for the extra mile have higher chance of winning. The competition is a great way to enjoy taking pictures and videos. Check the Awards page on GoPro’s homepage. GoPro Awards.


GoPro pulls every year more and more of the greatest people in the video industry, who use GoPro, into their headquarters to publish articles about them and their products. These big stars are typically people who have achieved great fame on YouTube as professional extreme athletes, explorers, etc. These types of people use GoPro to document and perpetuate their accomplishments and travel and because of their mix between amazing video, video editing capabilities and cool content. These stars gain enormous PR out of it while they are being honored for their abilities. It is an every photographer's dream. GoPro is now so known that people all over the world know what we are talking about when they see a mini camera that can record stunning quality. Even regular children and young people who go to school on a daily basis explore the incredible world we live in through a GoPro camera. For example, a college student from the United States has become a world star through GoPro by doing tricks with a basketball, and shooting through the net while he's doing backflips and jumps from a roof. Check it all out on GoPro's homepage.

As big as GoPro is on YouTube it is also immensely popular on Facebook. With over 9 million followers GoPro is one of the biggest companies on Facebook. Facebook is used by GoPro in all possible marketing purposes, also to publish new offers, new products, or the like as well as to create a society in GoPro's world. GoPro is very devoted to publish the amazing pictures and videos that their customers capture with the products - and they are naturally also shown on Facebook.

The lucky and talented GoPro users sometimes get their creations published on the Facebook page. There is an entire folder with a lot of pictures and videos dedicated to GoPro users. There is a lot of pride involved in making the coolest videos and pictures to get put up on the Internet. GoPro has a concept called "Photo of the Day!" where the daily posts containing the best recording or the best picture gets posted. You should definitely check GoPro's Facebook page out if you want to be part of GoPro Community.