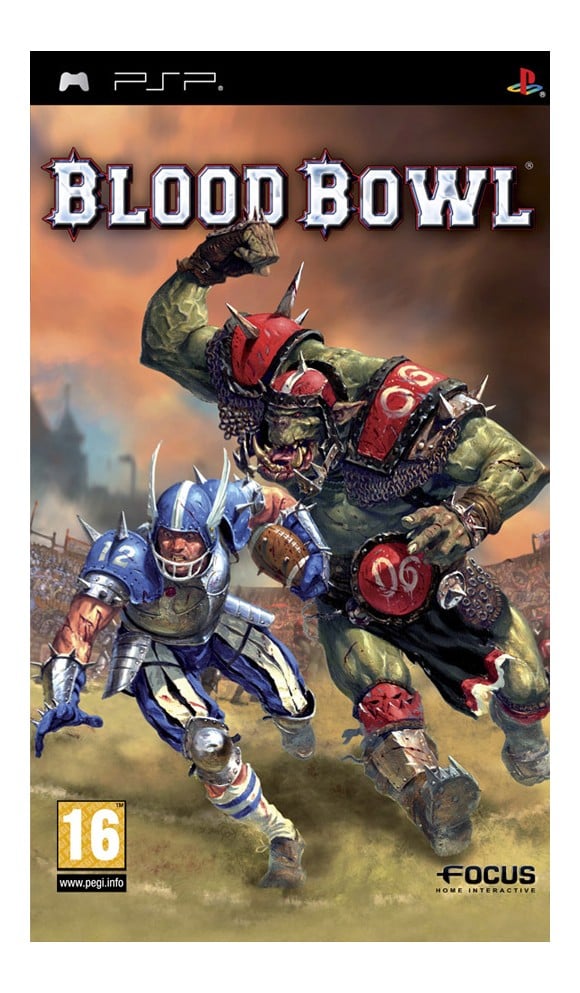 by Focus
Part of these campaigns:
Blood Bowl: the origin Blood Bowl is an ultra violent team sport, based on the Warhammer fantasy world. Build up your team with Orcs, Elves, Dwarfs and many other fantasy creatures before jumping into the bloodiest arenas! Blood Bowl was originally…
Read more


Blood Bowl is an ultra violent team sport, based on the Warhammer fantasy world. Build up your team with Orcs, Elves, Dwarfs and many other fantasy creatures before jumping into the bloodiest arenas!

Blood Bowl was originally created by Jervis Johnson and Games Workshop in 1987. The board game, a parody of the Warhammer world and American Football, met with success in the 80s and the 90s. The world's largest Tabletop Wargames company continues to sell the game's miniatures today. Also, its creator never stopped improving and enriching Blood Bowl's game system and universe with several rule changes.

Today, Blood Bowl remains very popular around the world thanks to a large community of players and numerous dedicated fansites. As for old Blood Bowl players, they have unforgettable memories of all the passionate games they used to play. Throughout the years, the original Blood Bowl game has earned a legendary status.


The game is a combination of a tactical game and a sports game The basics are extremely simple: two teams, one ball. The team that carries the ball into the opponent's end zone scores a touchdown, the team with the most touchdowns at the end of the game is the winner. However, it's how you decide to do this that makes things interesting, the ends justify the means! It's not just the players you have at your disposal either. You can bribe the referee's to look the other way as you cripple or trample annoying opponents and hire illegal wizards to give you a hand directly from the crowd… Blood Bowl severely tests the finest tacticians' strategies

There are many races to accommodate every player's profile and even more strategies for experimenting. Winning a game requires a strong game-sense and a lot of self-control.

For the player's enjoyment, omnipresent humor and the use of spells, weapons, and other non-regulatory means place Blood Bowl outside of the classic sport simulation genre.

Blood Bowl comes with a solid multiplayer mode and offers a unique game experience. Offline, you are able to compete against your friends on a Local Area Network (LAN) or even share the same computer with the two-player Hotseat mode!

However, the true challenge of Blood Bowl really starts online with a pre-set system of tournaments and leagues.


Create your team and join one of the Leagues managed by the players themselves. Develop your team, earn new abilities for your players, and confront the best players from all over the world during challenges or official tournaments. However, remember if one of your players dies in a match, it's permenant! Take care of your favorite players and prepare them for the toughest and the most highly contested matches in the history of Blood Bowl!


Make your opponents bite the dust while you climb the official international leaderboard to claim the prestigious titles of Blood Bowl's 'best Coach' and 'best team'!