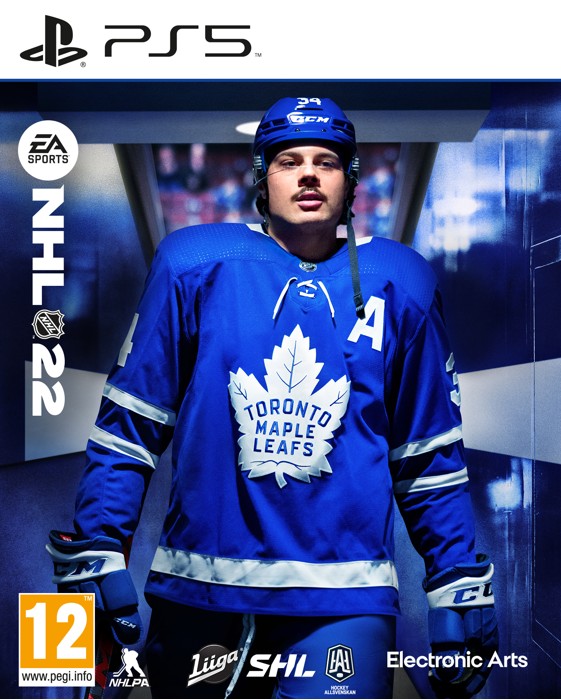 Edition
Region
Platform
Now it's time to jump in the suit and get on the field again! NHL 22 offers a new season with a whole lot of excitement! The ice hockey stick must be swung and there must be fighting like never before! Take advantage of the many new features included…
Read more

Now it's time to jump in the suit and get on the field again! NHL 22 offers a new season with a whole lot of excitement!

The ice hockey stick must be swung and there must be fighting like never before! Take advantage of the many new features included in this year's NHL 22, and not least the extremely realistic gameplay that makes the gaming experience completely unique!

You are constantly kept updated on game statistics, which constantly let you manage your game strategy and take as a starting point real statistics, rather than pausing the game.

In this game, players are assigned a zone ability that truly helps define them. They are equipped with special skills that seriously set them apart from the other competitors. The zone skills are always ready and are activated automatically under the right conditions. For example, a zone pass for long passes is activated when you try a long pass (but has no effect on short passes). A special zone ability is only available to a limited number of players and in some cases even exclusive, which means that some players have a unique ability that no other player can get.

This feature ensures that the stars' elite abilities are activated in all game types, including the game types Hockey Ultimate Team, World of Chel, Franchise and Be a Pro

This is an NHL 22 game type where you can create your own squad of NHL players, alumni and icons and compete with them online. Create your squad, get rewards, and become the Ultimate Team.

The WOC center for multiplayer has even more ways to play than ever. Create your own player, and compete in a number of different game types, including EASHL and Ones and Threes.

A brand new Be A Pro experience gives you the chance to live life as an NHL player on and off the ice. Impress the coaches, get selected first on draft day, and begin the journey toward greatness as you battle for a spot on the team, vying for the Stanley Cup and becoming the next revolutionary superstar.

Create your dynasty over several seasons in Franchise Mode as you take the helm of your favorite team in the NHL or create your own expansion team of your choice. Find new talent, keep track of chemistry for coaching staff and front line, and experience the madness up to the Trade Deadline in the battle for the Stanley Cup.