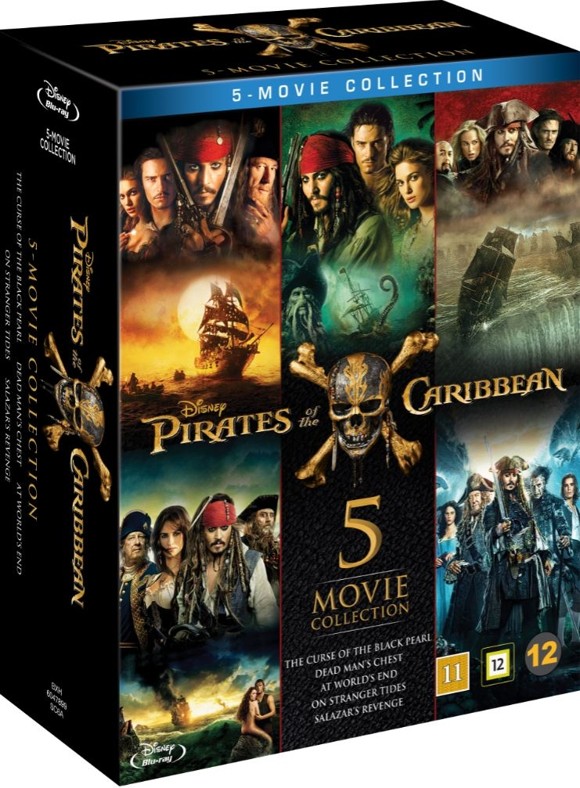 This collection contians the following subtitles:

THE CURSE OF THE BLACK PEARL

Young sword-maker Will Turner teams up with Captain Jack Sparrow to save his love, Elizabeth Swann, from a band of undead pirates.

Captain Jack Sparrow races to recover the heart of Davy Jones to avoid eternal damnation, as others seek the heart for their own gain.

Captain Barbossa, Will Turner and Elizabeth Swann must sail off the edge of the map and navigate treachery and betrayal to find and rescue Captain Jack Sparrow.

Captain Jack Sparrow finds himself on a journey to find the fabled Fountain of Youth, only to discover that Blackbeard and his daughter are after it too.

The terrifying Captain Salazar and a crew of deadly ghosts pursue Captain Jack Sparrow as he searches for the legendary Trident of Poseidon.

Create account or
Lately you have looked at these products
Go to top
Buy your Christmas gifts from Coolshop! All orders made between 20. Oct - 23 Dec can be returned up until 31 Jan 2021! 🎅 Read more here.