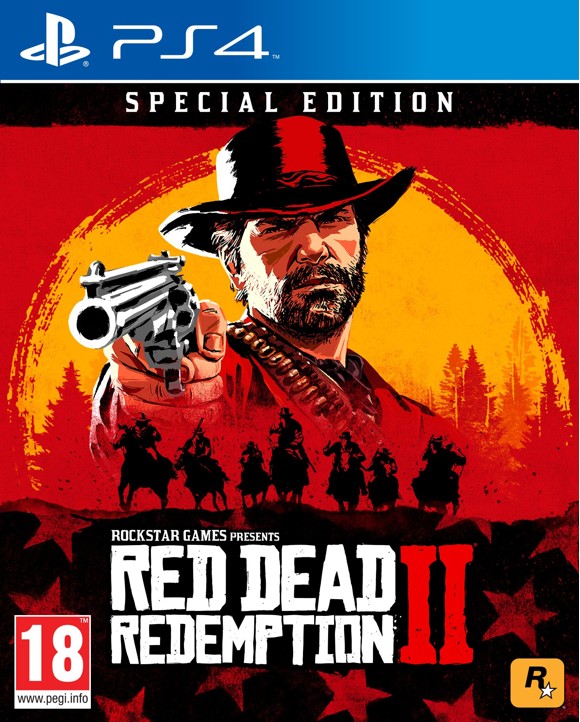 by Rockstar
Part of these campaigns:
Edition
Region
Platform
America, 1899. The end of the wild west era has begun as lawmen hunt down the last remaining outlaw gangs. Those who will not surrender or succumb are killed.  After a robbery goes badly wrong in the western town of Blackwater, Arthur Morgan and the…
Read more

America, 1899. The end of the wild west era has begun as lawmen hunt down the last remaining outlaw gangs. Those who will not surrender or succumb are killed.

After a robbery goes badly wrong in the western town of Blackwater, Arthur Morgan and the Van der Linde gang are forced to flee. With federal agents and the best bounty hunters in the nation massing on their heels, the gang must rob, steal and fight their way across the rugged heartland of America in order to survive. As deepening internal divisions threaten to tear the gang apart, Arthur must make a choice between his own ideals and loyalty to the gang who raised him.

Bank Robbery Mission and Gang Hideout in Story Mode: Get exclusive access to a Bank Robbery Mission, in which Arthur and a couple of his fellow gang members come up with a daring plan to break in and rob the bank in the southern town of Rhodes. Elsewhere, the Del Lobos Gang has taken over a hacienda - clear this gang’s hideout and rob their stash for a lucrative take.

Dappled Black Thoroughbred: This thoroughbred racehorse sporting a beautiful reverse-dappled black coat will keep you at the front of the pack with its exceptional speed and acceleration. You will also get the exclusive Nuevo Paraiso Saddle, handmade in dark chocolate leather with silver medallion detailing. This horse and saddle are available in Red Dead Redemption 2 Story Mode.

Talisman and Medallion Gameplay Bonuses: These special Story Mode items will give Arthur a helping hand whenever they are equipped. Attaching the Eagle Talon Talisman to his boot, Arthur’s environmental awareness skill will last longer. By carrying the Iguana Scale in his personal Satchel, Arthur will take less damage while riding on horseback.

Gameplay Boosts, Cash Bonuses & Discounts: This collection of exclusive Story Mode boosts, bonuses and discounts will help Arthur to survive out in the harsh wilderness and better provide for his gang members and their camp. The Core Stat boost benefits Arthur’s Stamina, Health and Dead Eye Cores. Earn more cash during robbery missions with the Van der Linde gang, and when hunting and selling animal carcasses. Receive discounts on all upgrades to the Van der Linde gang’s camp.

Free Access to Additional Weapons: A good range of weapons is essential for survival in the Old West. Get free access to three weapons at the in-game Gunsmiths in Story Mode: the robust Volcanic Pistol, devastating Pump Action Shotgun and versatile Lancaster Varmint Rifle.