At Coolshop we know that when it comes to children’s safety, nothing is too good. Which is why we have selected the best car seats from Danish and international tests, so the only thing you need to worry about is the colour. With brands like Concord, Maxi-Cosi and the popular Britax Römer, you will find car seats, window shades, stroller bags, and other accessories in top quality. We make sure to have the stock filled with car seats, so that apart from quick delivery, we can also have super attractive prices. 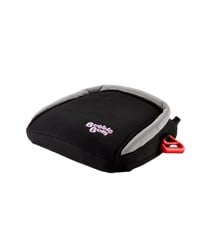 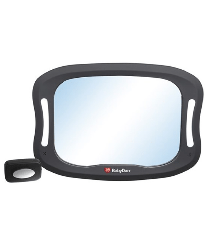 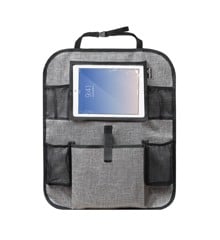 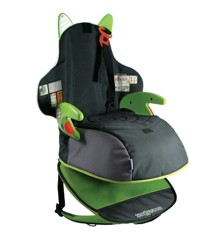 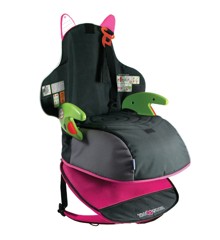 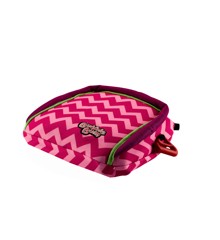 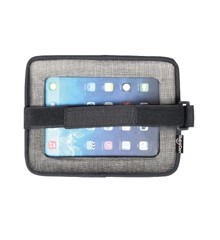 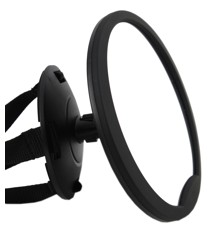 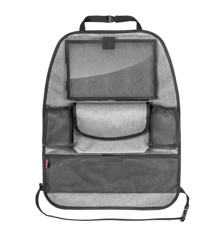 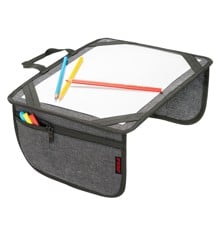 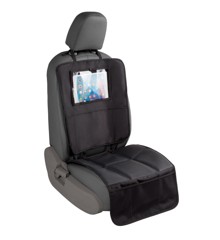 If you are the type that dreams about getting children one lovely day, or maybe you are in that lucky situation that you will soon become a parent, you will be presented with a choice in life that you never thought could give you grey hair, heavy considerations and maybe even worries.

But suddenly there comes a day, where you need to choose a car seat for your child. Sounds easy right? Nothing could be further from the truth; it is actually on the same level with choosing a wedding dress or choosing a new car – that’s how difficult it can be.  The reason for that is that there are many factors that play a role, and many choices to be made. But there is a sense in this madness, and with the correct guide it is manageable.

First and foremost, some long-term thinking needs to be done, and it can be difficult if it is “only” your first child that is coming. If there are plans for 3 kids that will be sitting in car seats, it would be smart to think about the width of that car before investing. That is a deciding factor. Many cars are too small for having 3 safety seats, so the width of the seats should be taken into consideration, or there is always an option of putting one seat in the front and the last passenger sits in the back seat, but that is not a very good solution. Then it also means that the airbag needs to be deactivated, when there is a safety seat in the passenger seat and then activated again – it becomes a mess, so it is better to invest correctly the first time.

What about used seats?

Used car seats are not a dumb idea in itself but there are some areas that need to be covered first. The problem is that a car seat that has been damaged or gotten a hard hit, can lose its abilities to protect your child. So if the seat has been a part of a car accident, even a small one, where “nothing happened”, there is still some risk. It is also important that the seat has the approvals required by the law, which can be difficult to figure out, if it’s an older model.

To ISO or not to ISO?

Isofix are two attached u-brackets that are hidden between the seat of the car and the back rest. The child’s seat is installed by clicking the seat’s Isofix fittings onto the u-brackets. U-brackets are a part of the car’s bodywork, which makes the child’s car seat just as integrated as the regular seats in the car. The other solution is to use the car’s seat belts to secure the seat. Some older cars do not have Isofix, but it will soon be too long ago that they saw the light of day, and you would have to go all the way back to 2000 to find cars that don’t have it. It does not mean, of course, that you cannot buy car seats without Isofix, but research shows that up to 30% of all car seats installed with seatbelts are installed wrong, and only 4% of car seats with Isofix are installed wrong.

That is why it makes sense to consider this part. Your first investment should then be an Isofix base, which can be used for car seats for the youngest – from newborns up to ca. 9 months. The base is installed as Isofix and the car seat is installed on top of it. The base has support legs which makes it very stable, and they reduce movement, which gives you maximum safety.

What do James Bond, Lufthansa and Real Madrid have in common?

Now that we have the Isofix and the base figured out, we can look at which car seat should be the first. If you are a man, there is a chance that you think Recaro is cool – Recaro makes car seats in top class, like for example all seats in Audi’s big models like RS6 and R8, but also seats for Aston Martin DBS V12, which Daniel Craig drives in his first James Bond movie ‘Casino Royale’ or Aston Martin DB10, which he drives in the latest James Bond movie ‘Spectre’. Apart from that they also make plane seats for Lufthansa, which flies around the world, and lastly, top stars from Manchester United, Real Madrid and Benfica football clubs also sit on their seats, when they are having a break from the match.

So if you like cars, planes or football, you have probably heard of the brand before. Apart from being pretty famous, Recaro is also safety on the highest level, which after all is the most important thing.

Your child’s safe place when you drive

A couple of good options for a first seat is, for example, Privia Black, which is difficult to make cheaper than it is. It weighs 3,7 kg (on its own) and is padded on the sides and in the neck. It is very easy to take out, since it has a “click and go” system. It is practically impossible to twist the seatbelts, and adjusting happens with “one hand touch” – so it is truly a good option. The seat is made for children of 0-13 months – so depending on the weight, it can last for some months. If you want a higher level, there is an option to invest in Recaro’s Zero 1, which has won innovation award in 2015 and 2016 for design and innovation. With this seat, you get an integrated Isofix base that gives the revolutionary option to rotate 360 degrees. This way you do not need to change the seat when the child is over 15 months, where it legally does not matter whether the child needs to be transported forward or backwards in the seat. It has option for adjustment of the size and can be used from birth up until when the child is 105 cm. It gets top grades in safety and is maximised in all the ways, if an accident should happen. It has a safety indicator which makes it almost impossible to install the seat wrong, and it is made in a breathable material which can be washed in the washing machine.

You are probably looking at Recaro Young Sport Hero, which is very popular among consumers. The car seat is for children between 1 and 12 years, so it is a seat for many years and trips ahead. This chair is practically impossible to install wrong, because the seatbelts are automatically adjusted, when back of the seat is adjusted. It has Isofix. If you are the type that wants a little extra, maybe Recaro Monza Nova IS is for you. It is similar to Young Sport Hero, but with a little extra feature – there are speakers integrated in the head support, so you can connect your iPod for example – while the trip goes south, there is a guarantee for peace in the back seat, when the kid is listening to their favourite music. Next time you consider investing in one of the most important things, there are some good options – drive safe!

It is important that you choose the car seat that fits your child’s height, weight and age. As a parent, you read a lot about car seat tests, because it can be difficult to get an overview. At Coolshop, we make it easy, because we sell only the market’s best seats. We always have great offers on car seats.

We sell them in 3 sizes:

It is required by law to use car seats for children under 135 cm. Your child should sit in a safety-approved car seat.