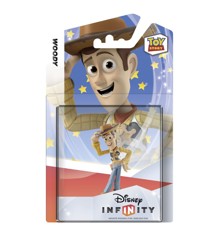 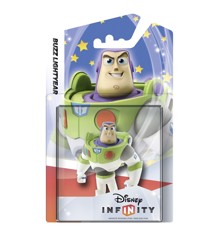 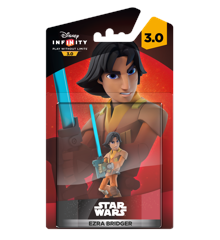 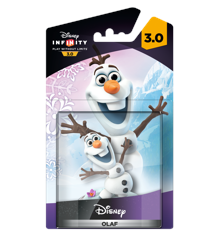 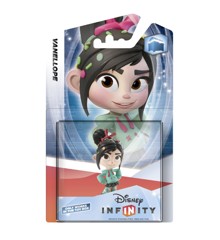 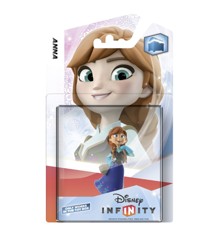 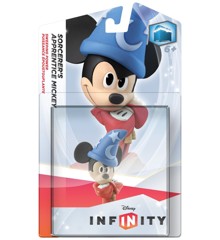 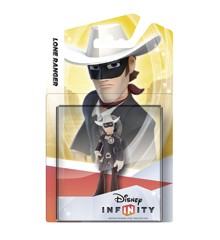 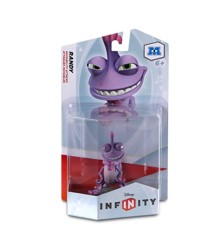 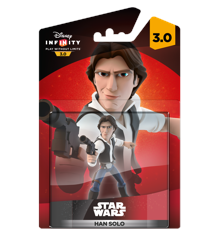 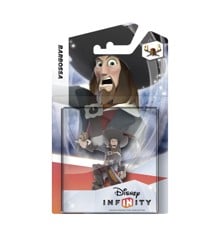 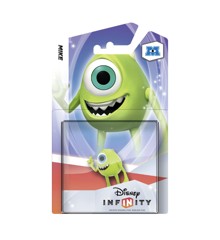 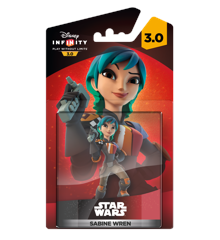 £ 525
-69%
£ 1695
Product has been ordered from our manufacturer but we have not yet received an estimated arrival date.
Disney Infinity 3.0 - Figures - Sabine Wren
Toys for games
15 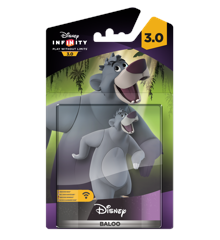 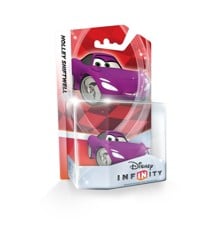 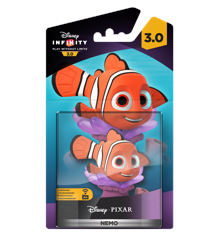 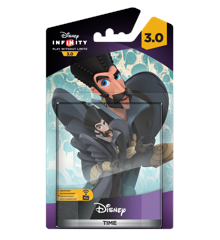 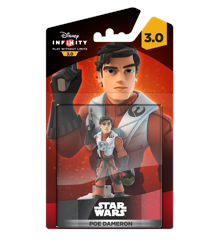 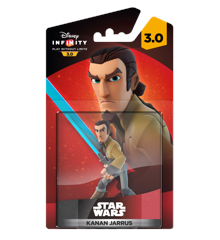 Disney Infinity is fun that never stops. The combination of game on the screen and on the floor is brilliant, and there are no limits to how many can play and what can happen. Put the figures on the base and look at them on the screen, where they fight through a world of exciting challenges. Coolshop has all of the ones you know – for good price.

3D at its best

Even the best 3D technology cannot compete with the reality figures. The big green Hulk or equally strong Iron Fist fight the enemies and win every time, when the small children’s hands control the fights on the screen. 3D quickly becomes 4 or 5D, when figures are running around on the base, and children get a sense of being a physical part of the game on the screen. With super sound and picture, there is no better 3D!

The base that the figures move on, is created to register movement in all directions and reproduce it on the screen in a realistic version. No movements are impossible and when it comes to fun and imagination, everything depends on the players: how fun should it be? Play together – children and adults – and explore the amazing universe of adored Disney figures and people that become alive on the screen and in the children’s room.

Coolshop’s selection of figures, games and accessories for Disney Infinity are also limitless. Always the most popular figures from Star Wars, Marvel and Disney. Quite simply, good offers and combination options are endless. You never need to run out of gift options, if you give figures for Disney Infinity game – there are incredibly many, and they all can be used. Order today and get it delivered in 2-3 days. Disney Infinity is for children from 5 and up to teenage years, so buy now and create joy in the kid’s room for many years on.

Disney Infinity consists of a few basic elements as well as all the figures and accessories there is space and budget for. The elements are a screen, a base piece and figures. A screen can be a computer screen, a TV screen or an iPad. The base is the one figures play on and which sends a signal to the game to show the figures and their movements on the screen. There are many figures, and all can be used for all the games. Accessories are, for example, smart bags and storage boxes for the different Power Discs and figures. The super practical Marvel Tech Zone bag includes everything and can be used as a transportable base and storage bag for Power Discs and figures – for taking with you, when you are going to visit your friends and create a new world of fun and jokes on the screen.

Being able to play Disney Infinity does not require more than a computer or a console. It can be an Xbox, a Playstation, Wii or just iPad. You place your base in front of the screen, and when you set the figures on the base, they show up on the screen in the game. The challenges for figures in the game are now up to you and your co-players – should Darth Vader meet Minnie Mouse? Should the green Disgust be girlfriend to the green Hulk? Or should they all just fight the evil and create a universe for the good? Only imagination sets boundaries – Disney Infinity does not.

It is finally here! The game all parents have wished for in ages – the game that captures children, while developing them both mentally and physically. No more sitting passively in front of the tv without any contact with others – Disney Infinity calls for physical movements, IT competences and teamwork skills. Let the motor skill and mental skills development follow – videogame is good for the mental, physical game and is good for motor skill – Disney Infinity combines everything. At Coolshop, you can find all the elements needed to create a new fantasy world with all the adored figures from Disney, Marvel and Star Wars. The ability to coordinate movement in front of the screen with environment in the game is developed naturally in the game, teamwork skills and IT competences are improved, when children, together in teamwork with other children, or with adults, participate in the game or develop their own universe.

The practical thing about Disney Infinity is that the whole concept adapts to the age – that means the unlimited activity options make the game fun and relevant for both children up to 5 and a bit older pre-teens. While the small ones can get excited from just seeing the figure in their hand move on the screen, when they move their hand, the older kids can explore and try out everything in their personally created world. Because the different figures in the game have different competences – some are strong, some are quick and so on – it teaches kids to interact with others and take others into account. It is learning by playing.

The figures’ competences vary according to their role in the animation movie that they originally come from. The small tough Dash from The Incredibles has some of the same abilities that he had in the movie, while the evil Maleficient surely does not let her competences be of help for the good guys. The game allows the different figures many things, but it fortunately does not limit children from adding more skills. If there is a need for Han Solo from Star Wars to fly together with Buzz Lightyear from Toy Story, there are no rules for that – the player decides!

You can take your own figures to your friends’ and play there, so that the number of figures is doubled, and the game selection is wider. Set your figures on the friend’s base and you are a part of the game. The smart Yoda from Star Wars is fighting with his lightsabre against the iron Ultron from Marvel – who wins? And the charming Aladdin is flirting with the pretty Alice from Wonderland – or maybe his skills can be used in Alice’s world and the enchanted universe of weird creatures? Maybe you think that you know Baloo from the Jungle Book as the kind singing buddy, but maybe in reality he is related to the big, roaring Chewbacca bear from Star Wars? You can never be done creating new relations in Disney Infinity, and when a figure has gotten a role with some skills, it might be different in the next game. Mix and match figures from the different universes from Star Wars, Marvel and Disney – create your own world and use imagination in different games. Just like it has always been in children’s games, there are no limits to where the imagination might bring you, and children have luckily never limited themselves in where different figures “belong”. In Disney Infinity, all figures belong to the same universe – yours!

A little bit at a time

When you come into the universe of figures and games from Disney Infinity, you come into a world, where you can settle for a little bit at a time. You need a base and minimum 1 figure to start playing, and the rest is up to the player and the imagination. This means that you do not need to buy a whole lot to start up, and you also do not need to keep buying new stuff to keep the interest. The unlimited opportunities in the concept turn even a simple game and few figures into a big universe, which can be adapted all the time for the simple game. And if the iPad is out of battery during a car ride, the figures can easily play without the screen – like in “the old days”.

Not having to buy a lot of figures from the start makes Disney Infinity a great gift idea. Children can wish for a new figure or a new set of Power Discs for every birthday and Christmas, or maybe even buy those themselves with saved money. The prices are cheap, as always at Coolshop, so even a little budget can do it. Give figures from Dinsey Infinity for the next kid’s birthday or let the grandkids choose a new figure for the collection as the next advent gift. It is easy and cheap to order from Coolshop, so you are sure that the figures or the new Power Discs come while the grandkids are still on holiday at your place.

Not only for boys

Computer games are often connected with boys and boy games – boys also love Disney Infinity, but girls do as well. The game appeals to both genders and to more age groups. And it creates an opportunity for different genders and ages to play together. Few things can bring girls and boys together to play, and it is a miracle for “the big ones” of 12 years to play with “the little ones” of age 7… Disney Infinity does that. So maybe it is the solution to the bickering between brother and sister or younger and older siblings?

Let your children take advantage of Disney’s innovative game that unites computer and physical activity and participate in the game with the little ones. Lifeless figures without movement suddenly become alive and get abilities that everyone can see, and the child’s imagination becomes a game for all, which requires teamwork and empathy. Boys can get an outlet for crazy fights and exciting raids, while girls can try out their need to form relationships and create characteristics for the figures.

The fact that it happens on a screen makes it attractive for modern children of all ages, and with the innovative game, your children do not risk isolating themselves from others or becoming inactive, passive players. Do not be afraid to let Disney Infinity replace the classic games with cars on the floor or dolls in the dollhouse – children do not use their imagination less just because a fantasy becomes visualized in a game on a screen. In the game with figures from Disney Infinity children will still assign them different skills different from the ones they have in the game. It is in children’s nature to push the boundaries of what’s possible and it helps Disney Infinity in a constructive and developing way. Visualisation of the universe that is created in the game helps with the opportunities for teamwork and social activity – a competence that modern children will get great use out of in their adult life.

Coolshop always have the latest new stuff – also the latest new stuff from Disney. Choose between all the figures you can imagine and buy new Power Discs for prices that everyone can afford. With only 2-3 days delivery, it is just as fast to buy a new figure online, as it is to go down and find it in a store. And it is delivered right to your door. Safe and easy order, and always good offers on the toys your children want – it is Coolshop!